A walk in the country

Earlier today, with some family and friends, we took a walk from Bourton on the Hill to Longborough and back again, a round trip of just under 5 miles in the English Cotswolds.

The walk was mainly through the Sezincote House Estate. Sezincote House was built in 1810 in an Indian style and was apparently the inspiration for the Brighton Pavillion. It did look pretty, and the whole estate was well cared for with some stunning mature trees, although I still have some reservations about these large country houses and the origins of the money that built them. There are connections with the East India company and I can imagine the exploitation of people and so on that helped amass the money that built the house. Anyway, I digress!

The route we took is a small part of the 'Heart of England Way' which is approximately 100 miles and links Cannock Chase in Staffordshire to Bourton on the Water in Gloucestershire. 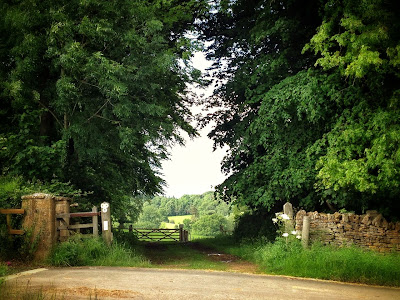 One of the largest fields that we walked along had what I imagine was a biodiversity wild-flower/meadow border planted. It did look stunning with Ox Eye Daisies forming the main part, but in amongst them were Yarrow, Poppies, Vetch and much more. The only surprise was the complete lack of bees or butterflies - I would have expected to see loads. 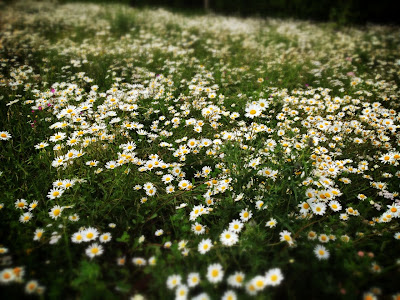 Passing through a coppice, there was an old gate with a particularly interesting handle - clearly someone liked ducks or swans! 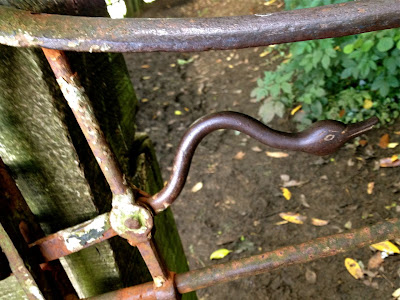 The half-way point was the very picturesque cotswold village of Longborough. We had a drink at the pub and admired another pub regular - eagerly awaiting his human partner to return with some food! 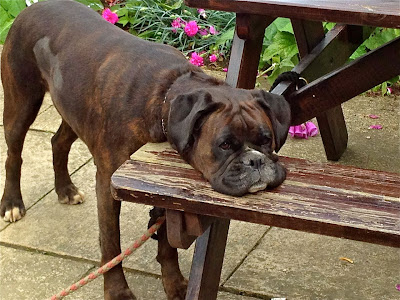