Walking on a perfect summer evening.

It’s been a hot summer day. As we walk down a tree-lined  path, you can ‘smell’ the cooler air - thank goodness for trees and the welcome shade they provide.

The scent of honeysuckle is in the air as i look directly at the low sun through the trees - suddenly you can see all the insects flitting around.

Around me, I see wild rose, foxglove, horsetail, nettle, holly, hawthorn, hazel and purple clover. The hedges and edge are bursting with growth.

A blackthorn arches over the path as if marking out a transcendental gateway. I wonder where my mind would take me if I mentally stepped through it?

Around me, elderflowers are coming to the end of their season, but I can still bathe my nose in that special sweet yet dry scent.

I walk past a low hanging willow and look up at the pale moon in the light sky.

The peace and tranquility is overwhelming. If only I could bottle and preserve this feeling…. 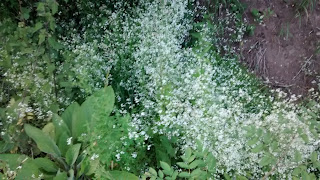 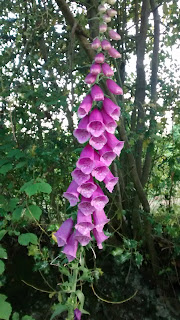 Written by Hawthorn at 14:39 No comments: 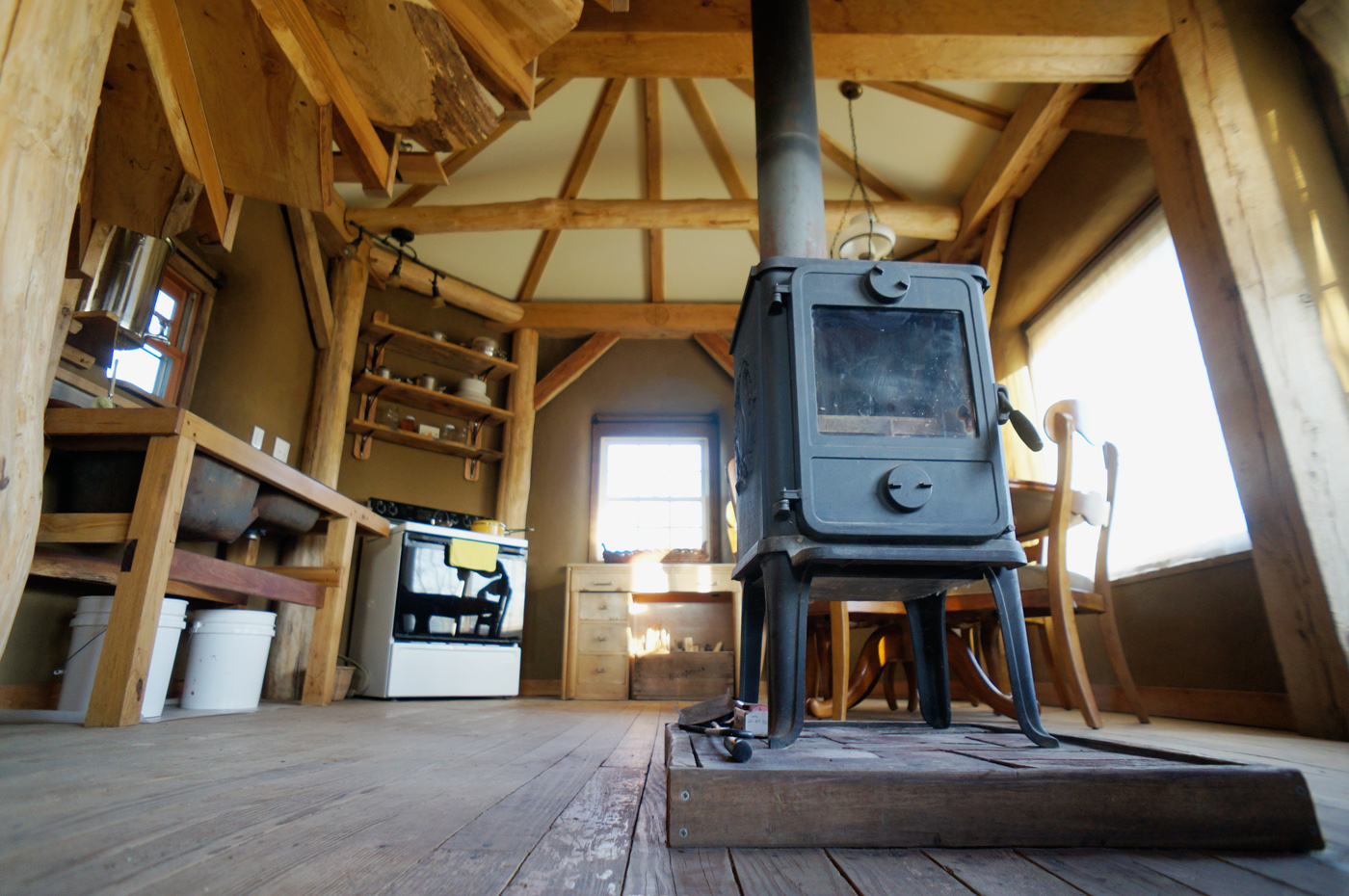 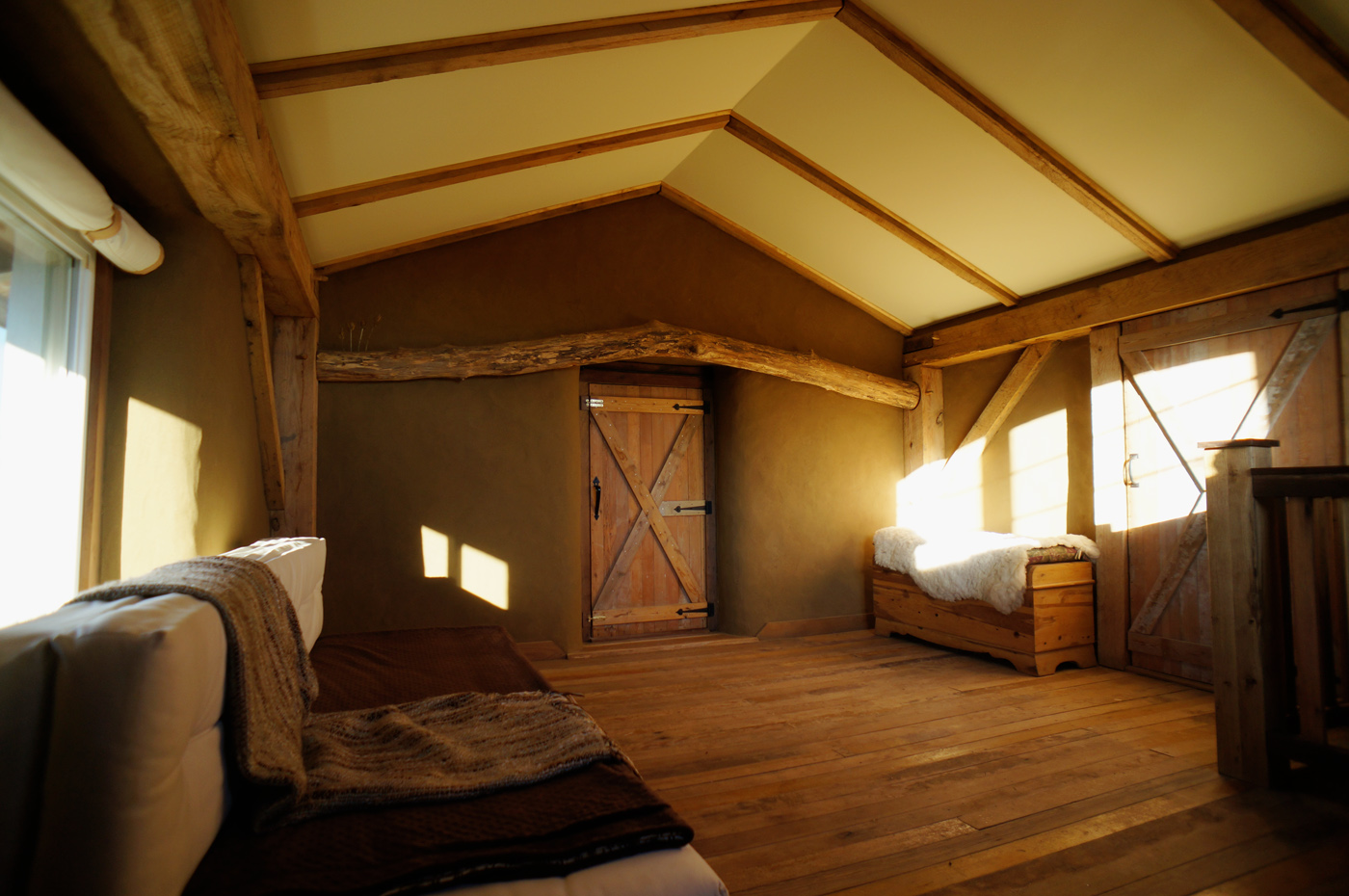 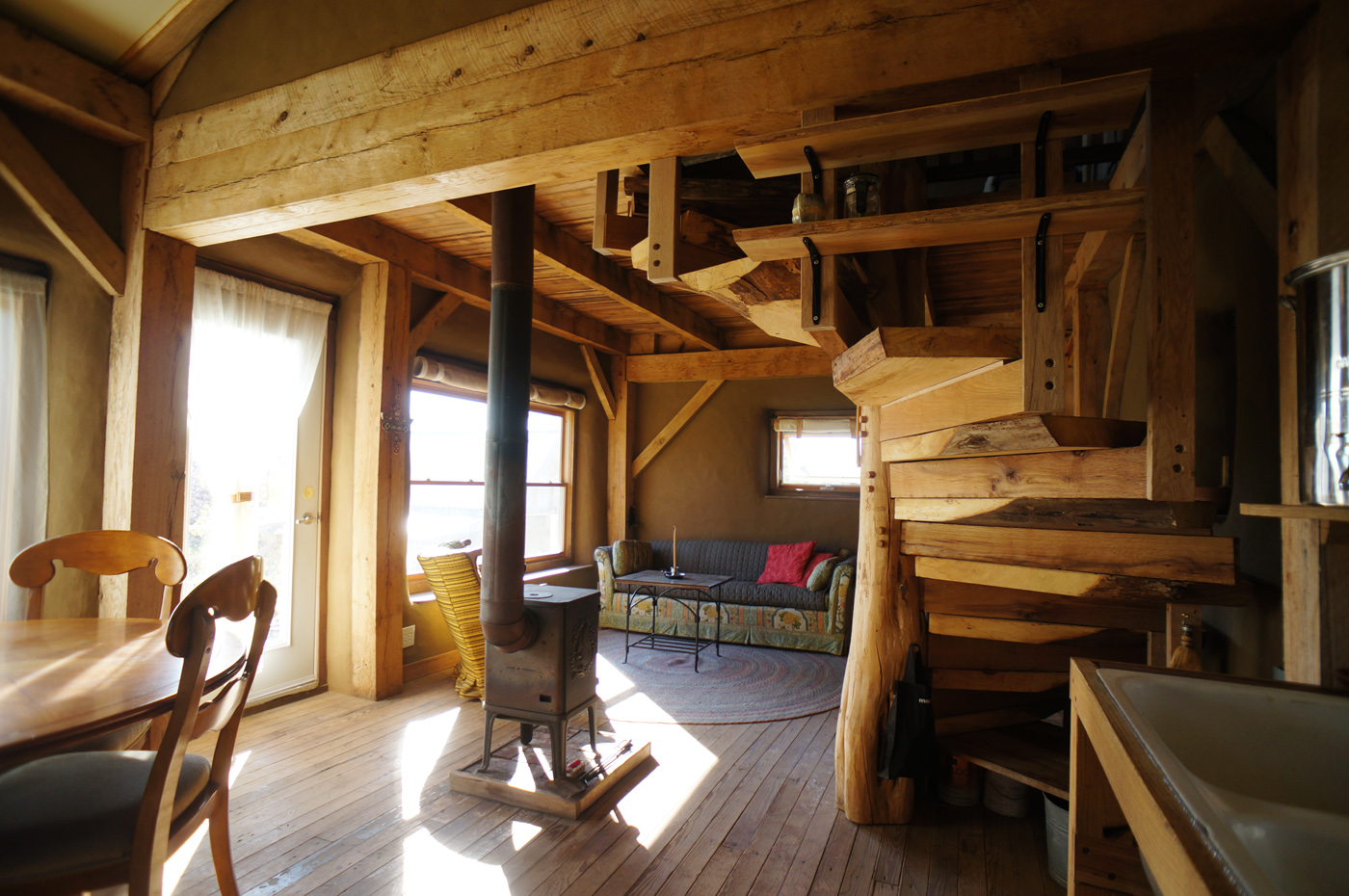 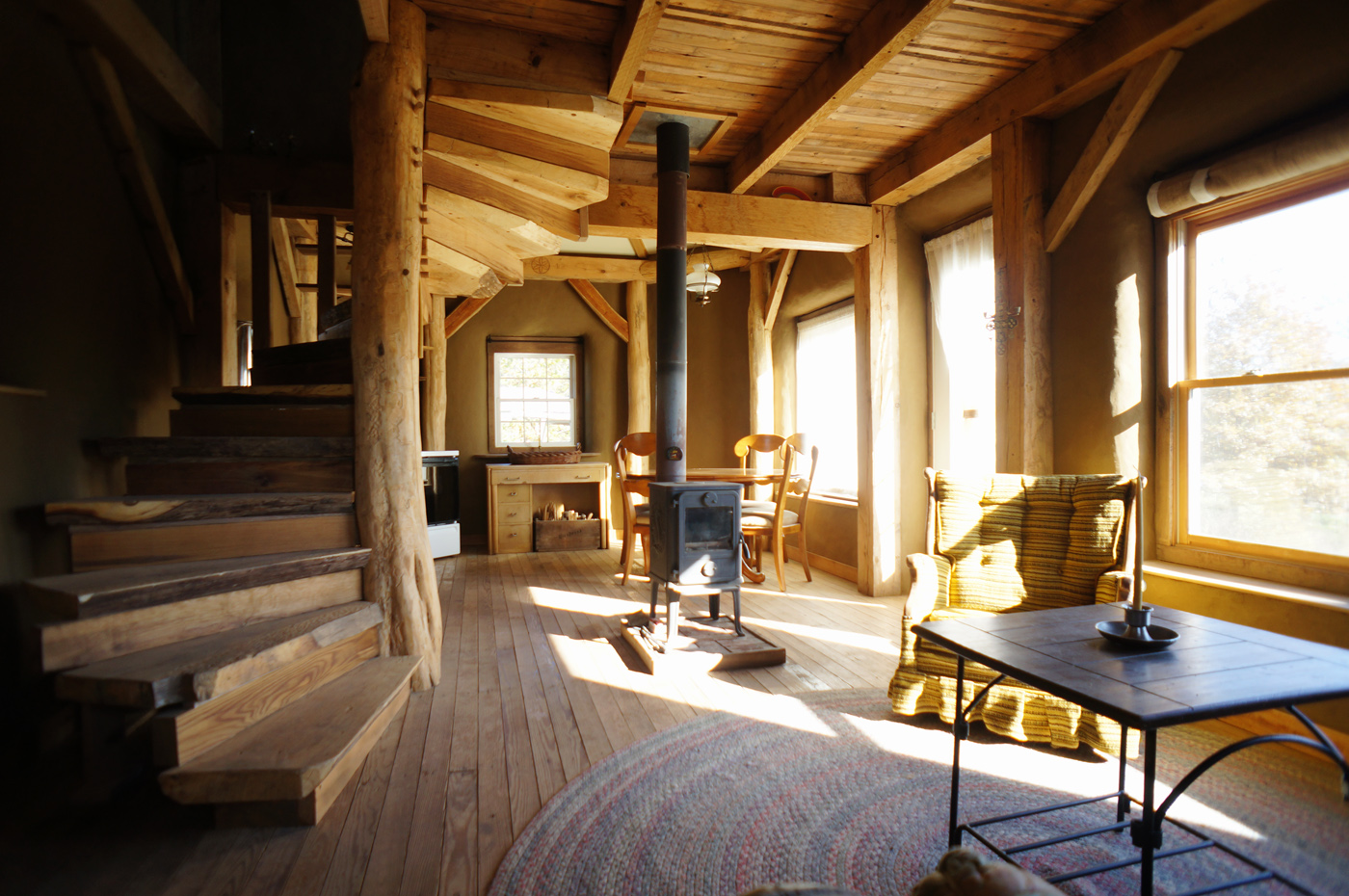 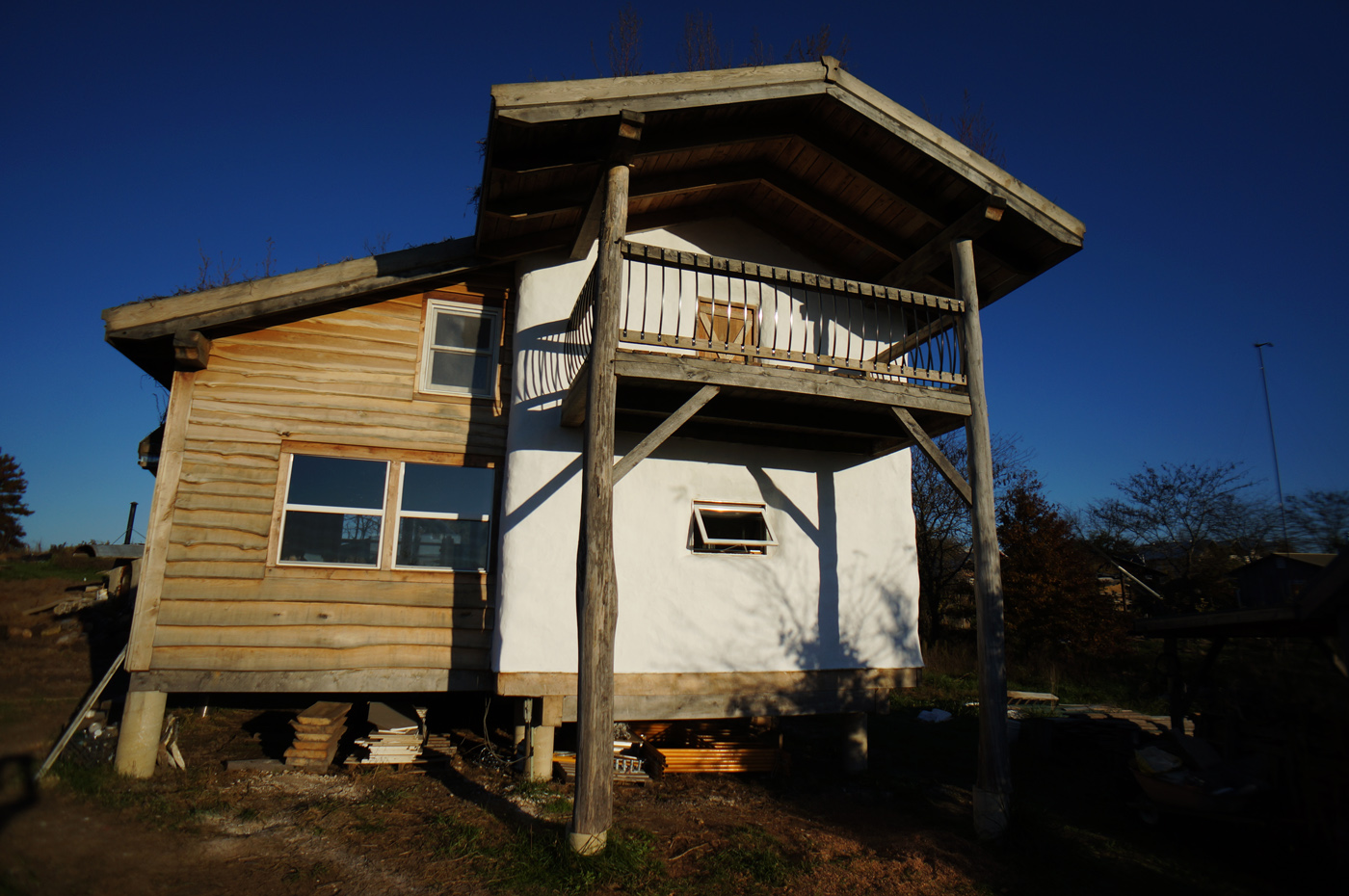 Written by Hawthorn at 15:56 No comments:

I realise I've not posted here for ages. I've simply not felt the need.

I am changing - I am having to change in order to survive and thrive.

Anxiety and depression have got the better of me, and to that end, I've been attending a Mindfulness class every couple of weeks. It's great, but I felt like I still needed something extra to get my mind and mood into a better place so I went to a friend who is a herbalist.

The alternative would be prescribed anti-depressants from my doctor with the possibility of side-effects and addiction. I not ruled that option out, but I'm keen to try more natural approaches first

So I've been given some herbal preparations and some 'exercises'. The exercises, which I'll explore later on, are geared towards getting my mind into a more positive place - one of my 'problems' is that I have taken a very negative view on some things, and have struggled to see positives. Elements of this blog reflect that, and I will be going back over some of the old negative posts and removing them.

Anyway, I'll write more on a future blog post, for the moment, here's what I'm working with, herbally speaking.

Scullcap: 1 dropperful under the tongue for the 'screaming habdab' moments. Not more than 3 times a day.

"I don't give a shit" tea: 1 tsp or 1 pinch of vervain, chamomile and lemon balm. Infuse in just boiled water for 10 minutes, strain and drink. Not more than twice a day. Recommended to be taken after work.

Nettle Seed: 1 - 2 tsp each day (on porridge?) for adrenal support.

Search out some Yarrow (which I have in my garden) and take a piece around with you to help boundary issues (where you stop and other people/things start).

In addition to the herbal medicines, I've also been given some things to think about and some journalling tasks - more on that soon...
Written by Hawthorn at 10:16 No comments:

The Impossibility of Growth

I don't agree with everything that George Monbiot writes. Specifically, his views in nuclear power are at odds to mine, but this is possibly one of his finest pieces of writing - succinct and like a dart, it hits the target and points the blame.

You can also read it, fully referenced on his website: http://www.monbiot.com/2014/05/27/the-impossibility-of-growth/

Why collapse and salvation are hard to distinguish from each other.


By George Monbiot, published in the Guardian 28th May 2014

Let us imagine that in 3030BC the total possessions of the people of Egypt filled one cubic metre. Let us propose that these possessions grew by 4.5% a year. How big would that stash have been by the Battle of Actium in 30BC? This is the calculation performed by the investment banker Jeremy Grantham.

Go on, take a guess. Ten times the size of the pyramids? All the sand in the Sahara? The Atlantic ocean? The volume of the planet? A little more? It’s 2.5 billion billion solar systems. It does not take you long, pondering this outcome, to reach the paradoxical position that salvation lies in collapse.

Economic growth is an artefact of the use of fossil fuels. Before large amounts of coal were extracted, every upswing in industrial production would be met with a downswing in agricultural production, as the charcoal or horse power required by industry reduced the land available for growing food. Every prior industrial revolution collapsed, as growth could not be sustained. But coal broke this cycle and enabled – for a few hundred years – the phenomenom we now call sustained growth.

It was neither capitalism nor communism that made possible the progress and the pathologies (total war, the unprecedented concentration of global wealth, planetary destruction) of the modern age. It was coal, followed by oil and gas. The meta-trend, the mother narrative, is carbon-fuelled expansion. Our ideologies are mere subplots. Now, as the most accessible reserves have been exhausted, we must ransack the hidden corners of the planet to sustain our impossible proposition.

On Friday, a few days after scientists announced that the collapse of the West Antarctic ice sheet is now inevitable, the Ecuadorean government decided that oil drilling would go ahead in the heart of the Yasuni national park. It had made an offer to other governments: if they gave it half the value of the oil in that part of the park, it would leave the stuff in the ground. You could see this as blackmail or you could see it as fair trade. Ecuador is poor, its oil deposits are rich: why, the government argued, should it leave them untouched without compensation when everyone else is drilling down to the inner circle of hell? It asked for $3.6bn and received $13m. The result is that Petroamazonas, a company with a colourful record of destruction and spills, will now enter one of the most biodiverse places on the planet, in which a hectare of rainforest is said to contain more species than exist in the entire continent of North America.

The UK oil company Soco is now hoping to penetrate Africa’s oldest national park, Virunga, in the Democratic Republic of Congo; one of the last strongholds of the mountain gorilla and the okapi, of chimpanzees and forest elephants. In Britain, where a possible 4.4 billion barrels of shale oil has just been identified in the south-east, the government fantasises about turning the leafy suburbs into a new Niger delta. To this end it’s changing the trespass laws to enable drilling without consent and offering lavish bribes to local people. These new reserves solve nothing. They do not end our hunger for resources; they exacerbate it.

The trajectory of compound growth shows that the scouring of the planet has only just begun. As the volume of the global economy expands, everywhere that contains something concentrated, unusual, precious will be sought out and exploited, its resources extracted and dispersed, the world’s diverse and differentiated marvels reduced to the same grey stubble.

Some people try to solve the impossible equation with the myth of dematerialisation: the claim that as processes become more efficient and gadgets are miniaturised, we use, in aggregate, fewer materials. There is no sign that this is happening. Iron ore production has risen 180% in ten years. The trade body Forest Industries tell us that “global paper consumption is at a record high level and it will continue to grow.” If, in the digital age, we won’t reduce even our consumption of paper, what hope is there for other commodities?

Look at the lives of the super-rich, who set the pace for global consumption. Are their yachts getting smaller? Their houses? Their artworks? Their purchase of rare woods, rare fish, rare stone? Those with the means buy ever bigger houses to store the growing stash of stuff they will not live long enough to use. By unremarked accretions, ever more of the surface of the planet is used to extract, manufacture and store things we don’t need. Perhaps it’s unsurprising that fantasies about the colonisation of space – which tell us we can export our problems instead of solving them – have resurfaced.

As the philosopher Michael Rowan points out, the inevitabilities of compound growth mean that if last year’s predicted global growth rate for 2014 (3.1%) is sustained, even if we were miraculously to reduce the consumption of raw materials by 90% we delay the inevitable by just 75 years. Efficiency solves nothing while growth continues.

The inescapable failure of a society built upon growth and its destruction of the Earth’s living systems are the overwhelming facts of our existence. As a result they are mentioned almost nowhere. They are the 21st Century’s great taboo, the subjects guaranteed to alienate your friends and neighbours. We live as if trapped inside a Sunday supplement: obsessed with fame, fashion and the three dreary staples of middle class conversation: recipes, renovations and resorts. Anything but the topic that demands our attention.

Statements of the bleeding obvious, the outcomes of basic arithmetic, are treated as exotic and unpardonable distractions, while the impossible proposition by which we live is regarded as so sane and normal and unremarkable that it isn’t worthy of mention. That’s how you measure the depth of this problem: by our inability even to discuss it.

www.monbiot.com
Written by Hawthorn at 11:32 No comments:

Email ThisBlogThis!Share to TwitterShare to FacebookShare to Pinterest
Tags: Smallstone

What Did You Forget?

Written by Hawthorn at 11:27 No comments: 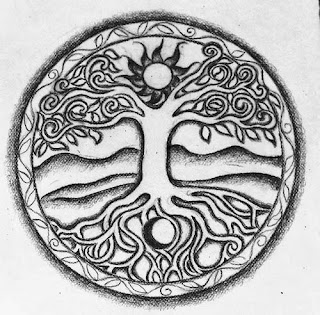 Original image (I have reversed it) appears to come from this blog: http://caterina-artfullmusings.blogspot.co.uk/2011/09/tree-of-life-mandala-workshop.html